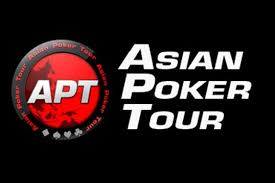 The Asian Poker Tour was founded in 2008 and to date has staged nearly 100 major events alongside numerous smaller poker tournaments. The APT comes with the largest guaranteed prize pools in Asia and each tournament attracts live players as well as online players who qualify via online poker satellites.

Since it began, the Asian Poker Tour has stopped at the Philippines, Macau, South Korea, Cambodia, Vietnam, India, Australia, London, New Caledonia, and Cambodia. Combined, the APT events have generated over $30 million in prize money that has been awarded to players.

The first APT took place in 2008 and was held in May of that year in Manila, Philippines.

The next tour took place in 2010 and this is when the APT partnered with Resorts World Manila. Some of the biggest APT events were held in Resorts World Manila including the Guinness World Record for the Longest Continuous Poker Tournament and the APT-RWM Iron Man Poker Challenge.

In 2011 the Asian Poker Tour began the year with a new event that was called the APT Asian Series. This event featured the same type of poker tournaments as the main APT but they had a much lower buy-in allowing more and more poker players to get involved.

In 2012 the APT Player of the Year loyalty program was introduced. This is where players' performances were measured throughout the year and the winner of the APT POY received $8,000 worth of Asian Poker Tour and APT Asian Series Main Event buy-ins at an event of their choosing. There were other perks included in the prize as well. The second and third player winners each received a seat to the APT main event up to $2,700 as well as an APT Asian Series Main Event seat up to the value of $1,000. The first players to win the APT POY title was English poker professional Sam Razavi. He went on to win the award for the next three consecutive years too.

In 2013 the APT broke the Guinness World Record for the Longest Continuous Poker tournament. They shattered the previous record of 36 hours, 34 minutes, and 41 seconds which had been set in Delaware, USA, in 2012. The APT set the record at 48 hours, 55 minutes, and 58.5 seconds in December 2013.

In 2014 the Asian Poker Tour took a different strategy and went for quality over quantity. There were fewer events held and the emphasis was on getting better player numbers.

In 2015 the APT increases the prize for the Player of the Year from $8,000 to $10,000 worth of APT and APT Asian Series Main Event buy-ins. Sam Razavi won the title for the fourth year in a row and he was crowned with the title of APT Quadruple Player of the Year. In 2015, the Asian Poker tour also opened its own poker room in Manila and two of the tour's events were held there during 2015 including the last event of the year.

2016 turned out to be the busiest year for the Asian Poker Tour. There were 14 APT events held along with 1 APT accredited event. At the start of 2016, the Asian Poker Tour began offering the APT Main Event Bubble Protection which insured that all players who availed of it got their Main Event buy-in back in the form of APT tournament credits when the player went bust on the bubble. To avail of the bubble protection, players had to pre-register for the Main Event, draw for a seat before the starting time, and have their chips put into play on the first deal of the level. 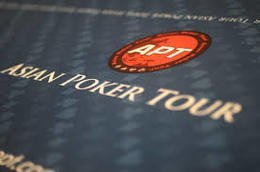 2016 was the year that saw Sam Razavi dethroned after he was beaten by Japan's Lori Yogo.

In 2017, the Asian Poker Tour introduced the APT Player of the Series. The APT POS is a cumulative measure of each player's performance throughout a full series and there were awards for first, second, and third place. This was the last year that the Player of the Year award was given out and it was won by Japanese poker player Tetsuya Tsuchikawa.

The Asian Poker Tour Player of the Series Award comes into effect in 2018 and is a type of player loyalty program. The award is recognition for the players who prove themselves to be exemplary throughout a full series. This new award replaces the Player of the Year award and comes with some great prizes in addition to what was previously given. The prizes are: